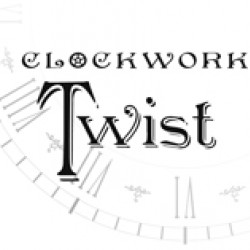 As a writer, I'm naturally an avid reader. Let the adventures begin! 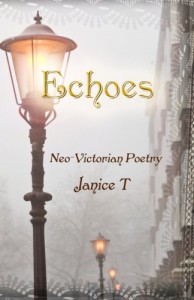 If you’re as tired of shallow and pretentious prose as I am, then take a taste of these good old-fashioned, solid, rhyming poems. This lovely little volume will add a touch of class to any library with nearly everything written in iambic pentameter!  And, most important of all, it was written by my mommy.

Janice T is an amazing modern poet who breaths new life into the classic style.  She loves to brag that she’s been writing poetry since she was 11!  The works in this book really have that fermented feeling to them, just like a lovely glass of well aged wine.  You may have also noticed, that one of her poems starts off Clockwork Twist : Waking…

While all of these poems are new and fresh, when I read her work I hear echoes of the great English romantic era poets. Each poem — from the inspiring pace ofTrain of Thought to the clever satire of Emery — is like taking a vacation from the hectic and hyper-trendy world we live in, to bask in an oasis of clarity and thoughtful repose.

Get the paperback or eBook on Amazon, Creatspace, or Smathwords.

Give it a quick look at the Goodreads page too! 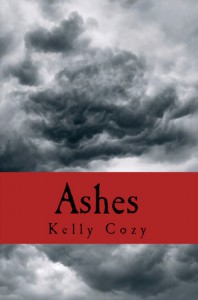 Jennifer Thomson was having a fairly normal day until the bomb went off.  She survived the terrorist attack by the skin of her teeth, but a photo of her being rescued from the rubble became the single most iconic image of the event.  And that was when the trouble really started.

Meanwhile Sean Kincade, a former covert operative, watched the whole attack and Jennifer’s rescue on TV.  Sick to death of his unwanted retirement in suburbia anyway, he decided to take matters into his own, highly skilled hands.

While I usually only mention steempunky things on this blog, I’m making an exception for this fantastic Author.  Sure, there’s no airships or goggles, but the story is tight, sophisticated, and riveting.  The story follows the protagonists in two separate timelines, much like Boneshaker by Cherie Priest (See!  Steampunk reference!), which only makes the two feel all the more closely connected throughout the book.

Kelly Cozy is not the type to pull punches.  Reading this book is like watching 24: you’ll need a pillow to hide behind, but you won’t take your eyes off the screen for an instant.  And if you’re anything like me, you’ll be hooked by the first bomb blast.  Even if this type of book isn’t your normal fare, I highly recommend it as a thrilling, thought-provoking, and deeply emotional page-turner.

Check out Kelly Cozy on Goodreads, Amazon, and her blog.

Read other reviews of Ashes on Goodreads.

Check out Kelly’s second book, The Day After Yesterday.

Ashes is available in paperback and eBook.

The Clockwork Twist : Waking eBook is on sale through July for 50% off!  Head over the Smashwords.com, use the coupon code, and get the eBook in any format you like!  (kindle, epub, etc,.)

There are only a few days left, so go and get your copy now!

Read the first 3 chapters of the book for free at http://clockworktwist.com 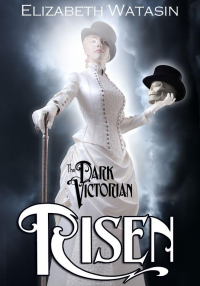 The ghost of a kindly Quaker, and a very cheeky skull with a top hat, fight supernatural crimes in London, 1880, during a curious murder spree perpetrated by the illegally reanimated dead.

How could you anyone resist a premise like that?

Artifice the ghost, and Jim Dastard the skull, are agents of the mysterious "Prince Albert's Secret Commission."  Both of our heroes were executed for the crimes of their previous life.  Now they have both been brought back to half-life and put into the service of the state.  But while they have no conscious memory of their previous incarnation, some things of Artifice's past are seeping out of the shadows now to haunt her...  Meanwhile, there's a necromancer running around, raising dead children and sending them out to kill their parents.

Mysteries abound in the shadows of these cold, fogy, London streets.  If you're in the mood for something chilling, thrilling, and unique, then give this brilliant novella a try!  You can even read a sample of  it on Goodreads, right now!

This novella is available on Amazon.com in paperback and eBook.

Check out the Goodreads page. 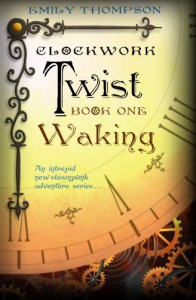 "Twist has never left London, until today. Now he's traveling on an airship--with a crew that insists they're not pirates--on his way to find the clockwork princess because he's the only one who can fix her."

Did you know that you can read the first three chapters of Clockwork Twist : Waking for free on the official site?  Go check it out! 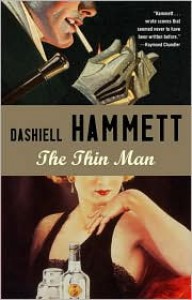 Best dialog mechanics I've ever seen. I love William Powell to death, of course, but the Nick Charles in the book is a total bad-ass! Was a fantastic read.
Tweet